The hair salon was located at the new trendy business financial district of Singapore – the Marina Bay Financial Centre. The basement shops boasted a myriad of new concept shops and eateries. Mode hair gallery was to be the first salon catering to this fast growing area for corporate business – the next Raffles Place.

We conceptualised a strong identity for the branding of the salon. The logo was based on a monochromatic theme that was fitting to the corporate image of the salon. The target audience would be the discerning executive with good taste and style.

Based on a similar palette of black and white, the interiors were an extension of the branding of the salon. The reception was designed to be bold and dramatic.

The salon would be the first in Singapore to incorporate technology into hair styling. Ipads were used to capture customer’s image before and after the hair treatment. A photo studio was incorporated at the rear of the salon to facilitate the process.

As the name suggests, the salon featured as an art gallery as well, with the introduction of art on the white washed walls. The art work was a platform for emerging artists to showcase their works and provided a talking point for both the stylist and the customer. The open concept of the salon gave the public a sneak peak into the changing interiors of the salon. 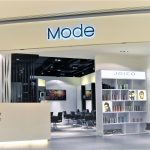 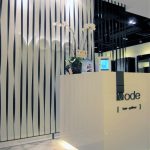 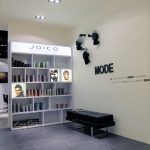 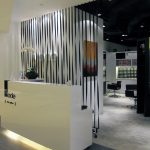 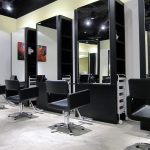 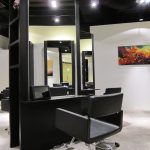 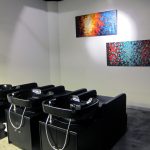 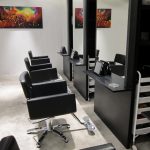